Hello everyone, welcome to the Dominion AOS 3.0 Review new features and enhancement This post will regroup all the info and the news on this release

Review and Cards for Dominion and AOS 3.0 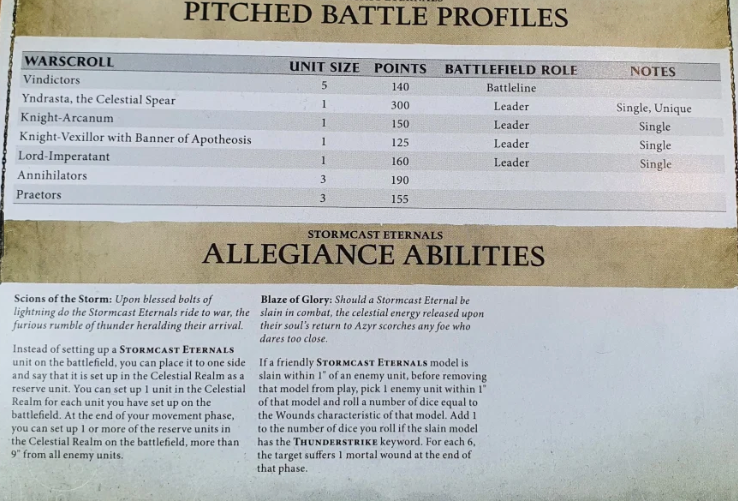 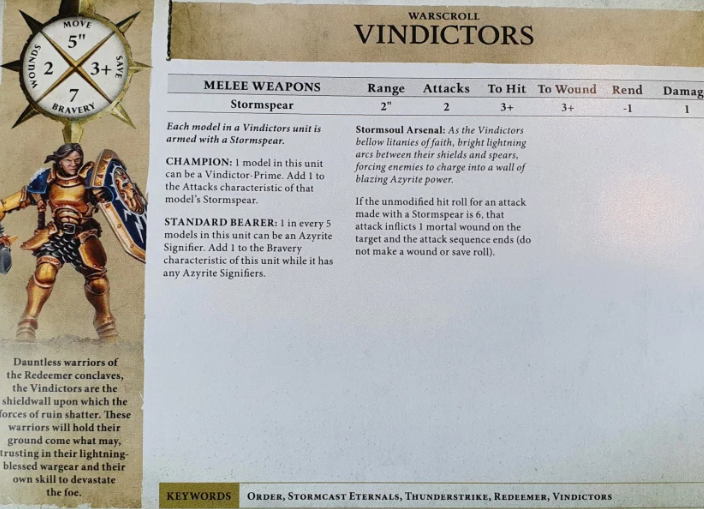 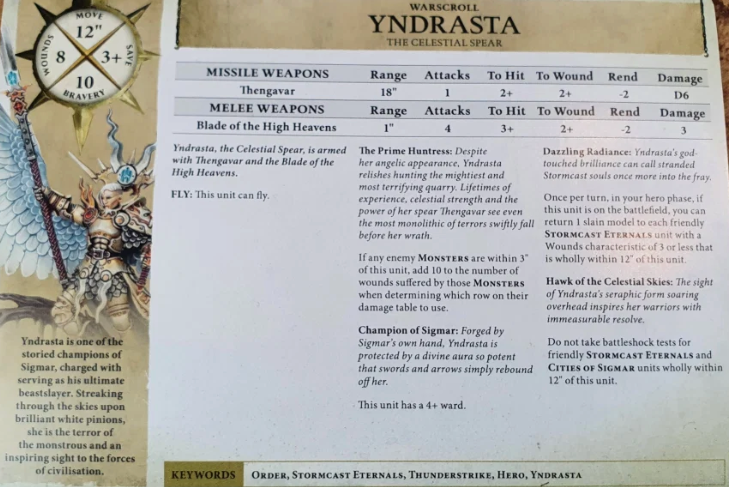 Rez Stormcast wolly within 12" , Prevent Battle Shock for SCE and COS ! 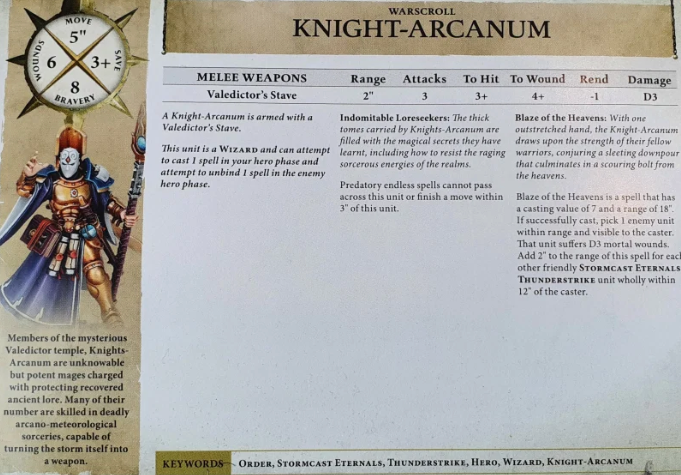 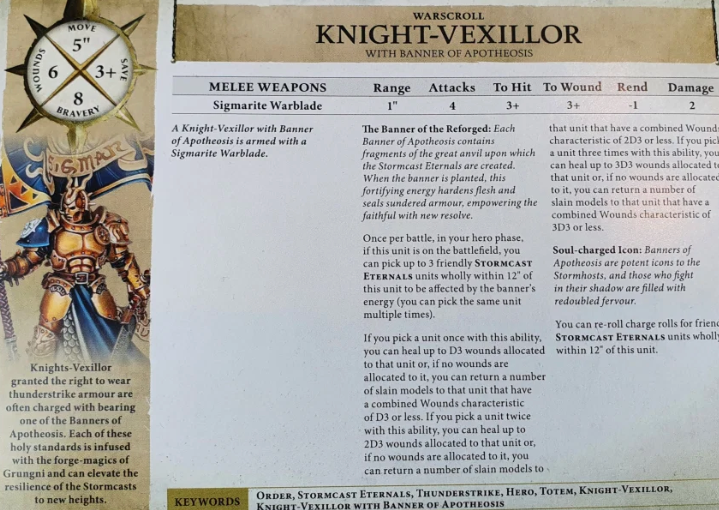 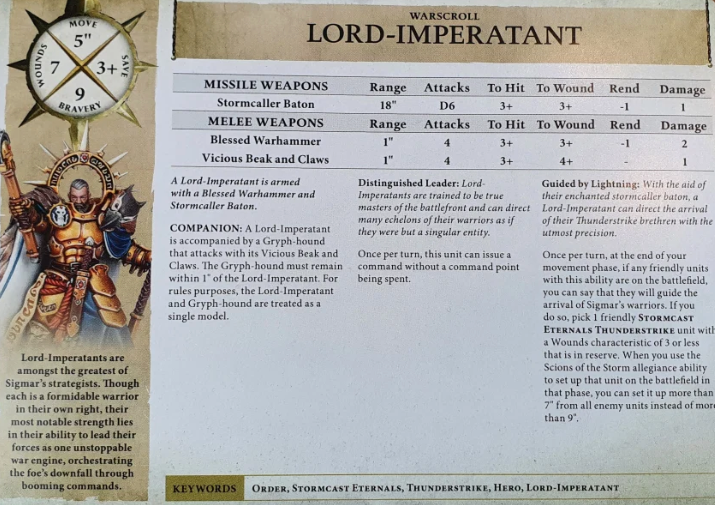 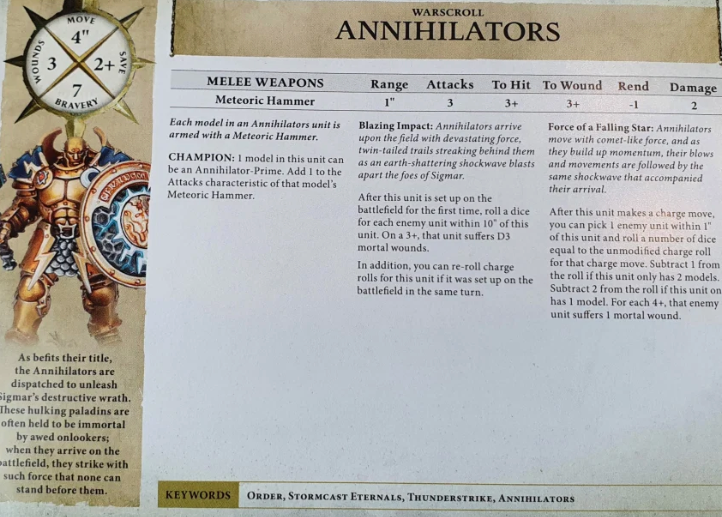 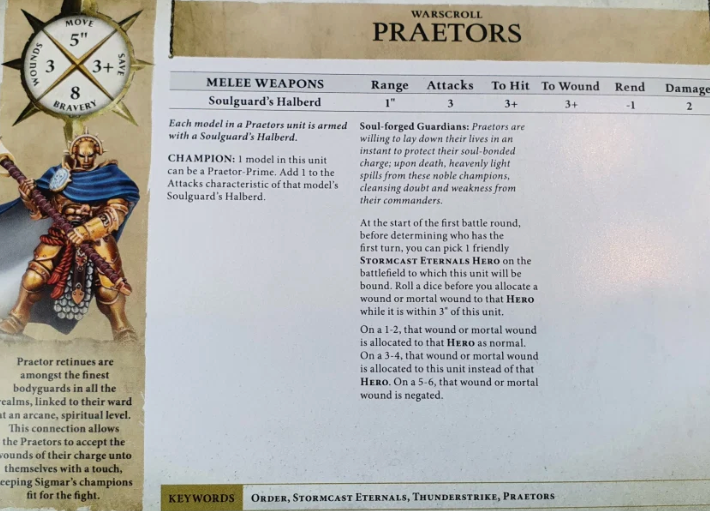 WTF IS THIS SHIT ! 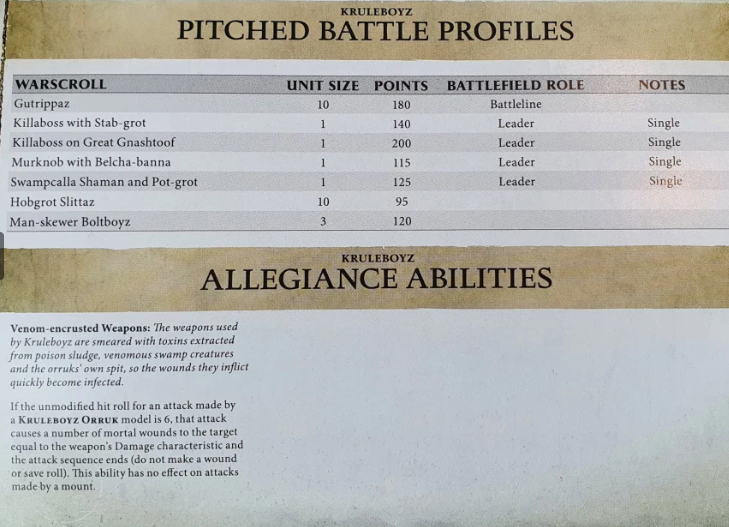 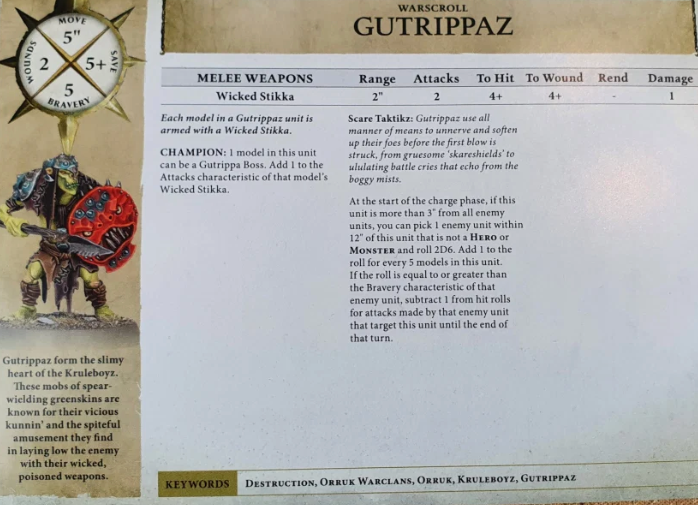 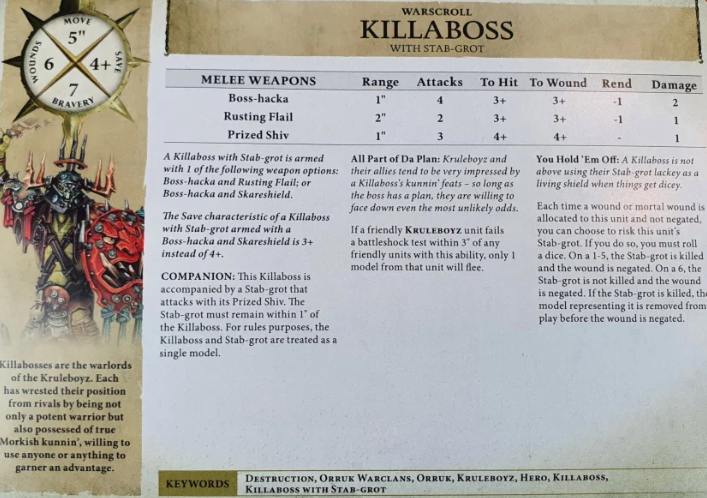 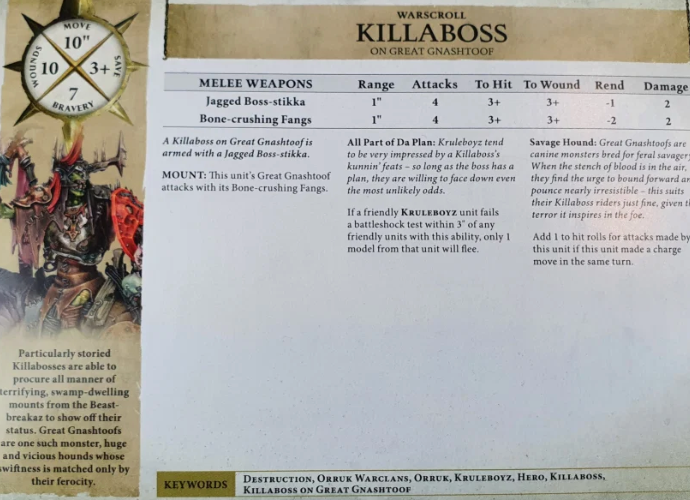 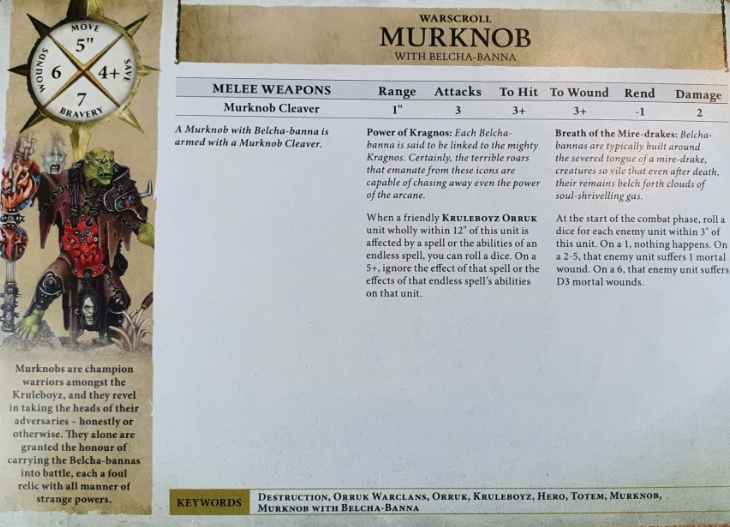 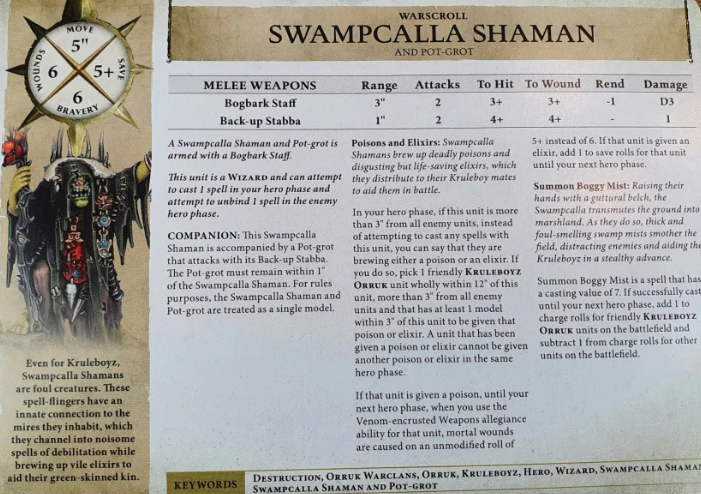 Auto Include if you play Kruleboys 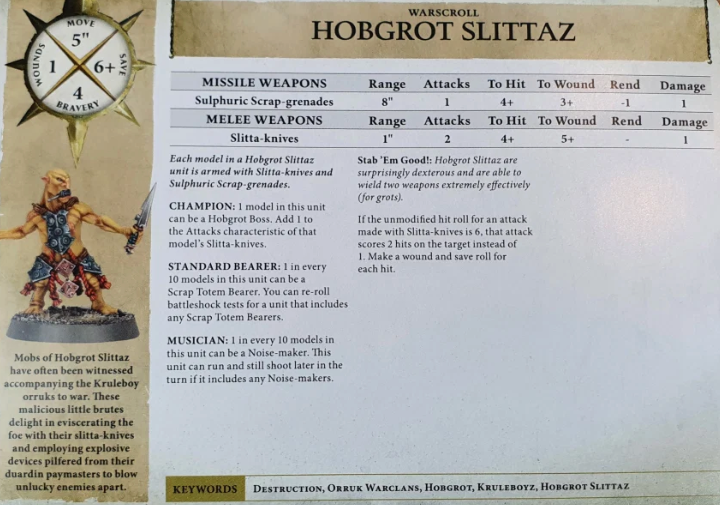 Run and shoot with a decent ranged weapon ? very neat ! 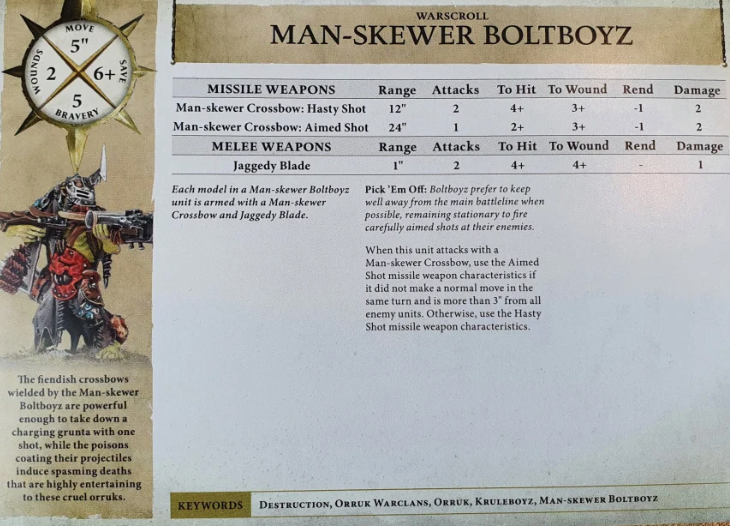 Hasty shot with a +1 to hit from Command make them strong. Sad they don't have a champion so you need someone to babysit them !

-Unit Coherency changed to be like 40k (nor more conga)
-Endless spells : Only the cast can move them, no more than one per mage in the roster, if the caster die it goes back to old ES rules.
-Priest can dispel endless spells
-"Stack" rules (from MTG) added to the game to resolve trigger and simultaneous effects.
-Max +1 / +1 to hit and wounds
-Max +1 to save
-Ward save is "ignore wounds" new name
- No +1 to Bravery for every 10 models

Rally : return model on a 6
At the double : Run 6 but declare before rolling
Redeploy: 1d6" reaction move
-Forward to victory : Reroll Charge
-Overwatch (unleash hell) : shot someone that charge within 9"
-All out attack : +1 to hit
-All out Defense +1def
-Inspiring Presence : No Battleshock 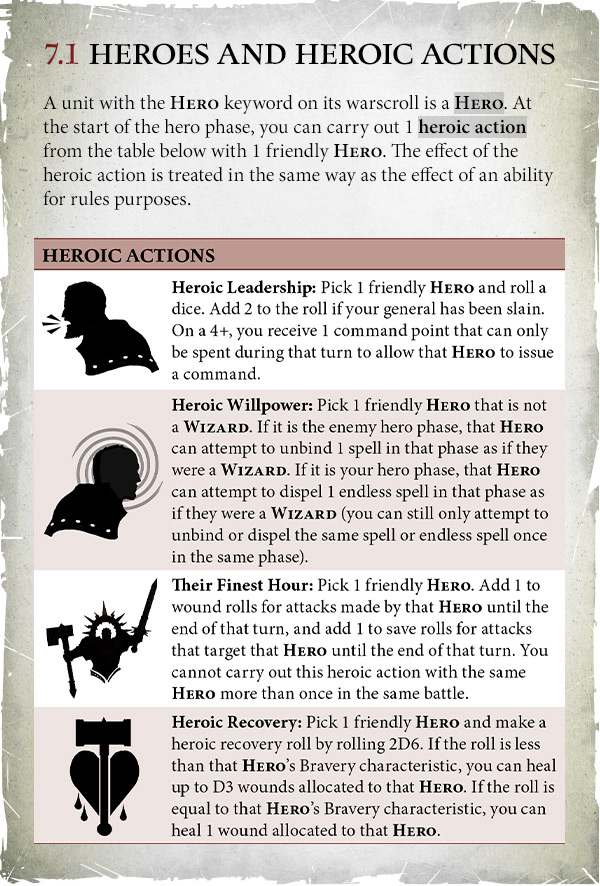 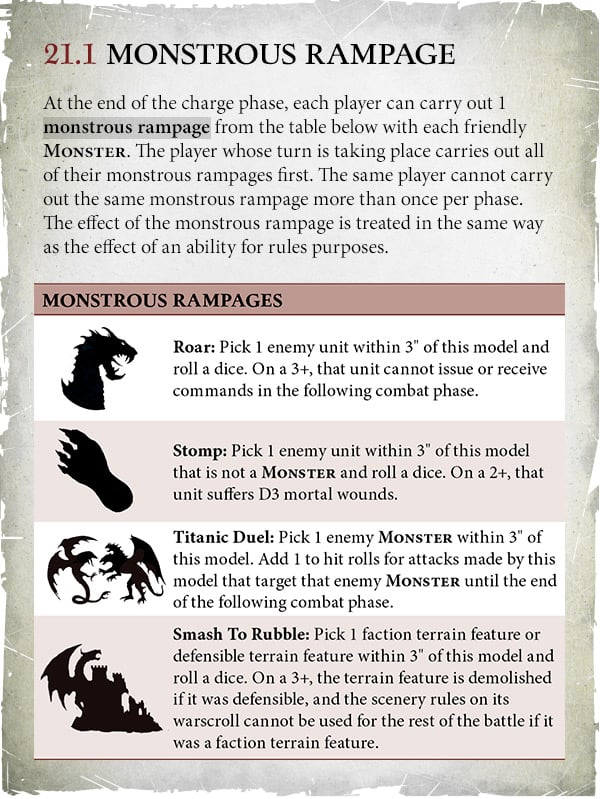 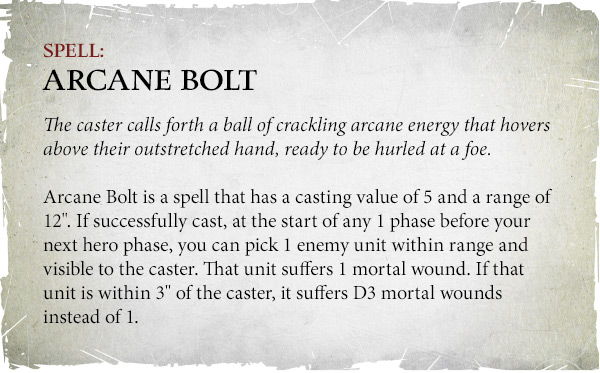 basic magic is useful again (but there are more ! )

So now in matched play you can only use Basic Battalion.
All get you some abilities. 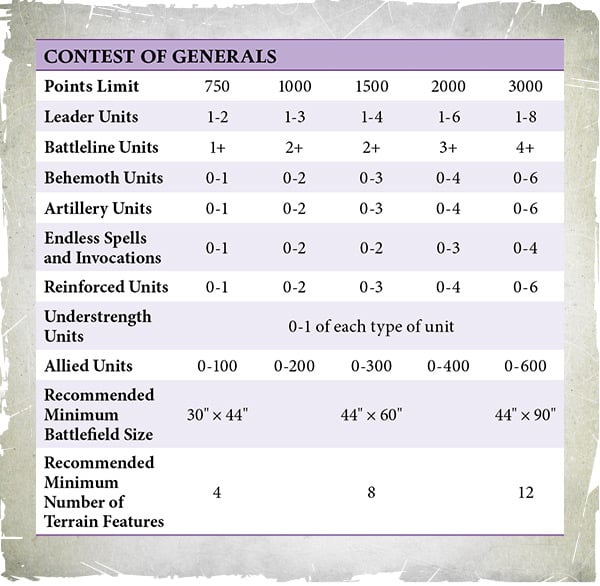 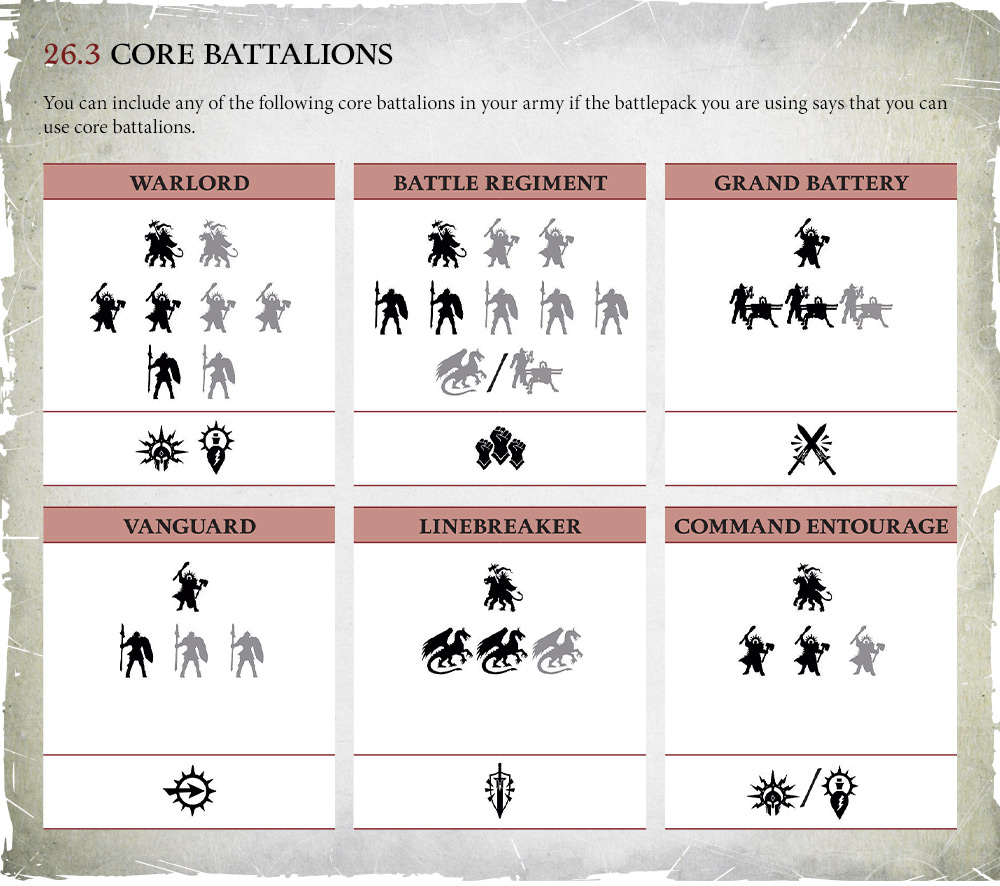 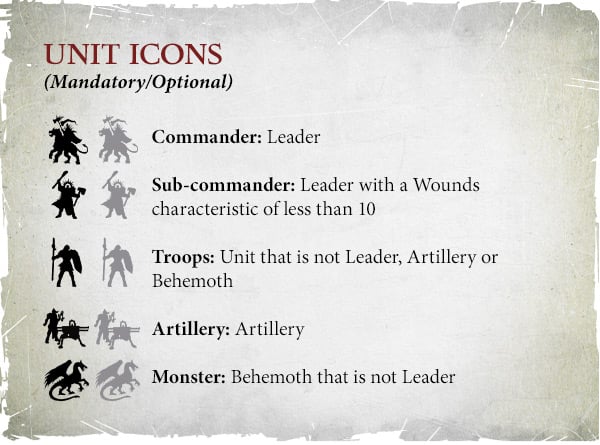 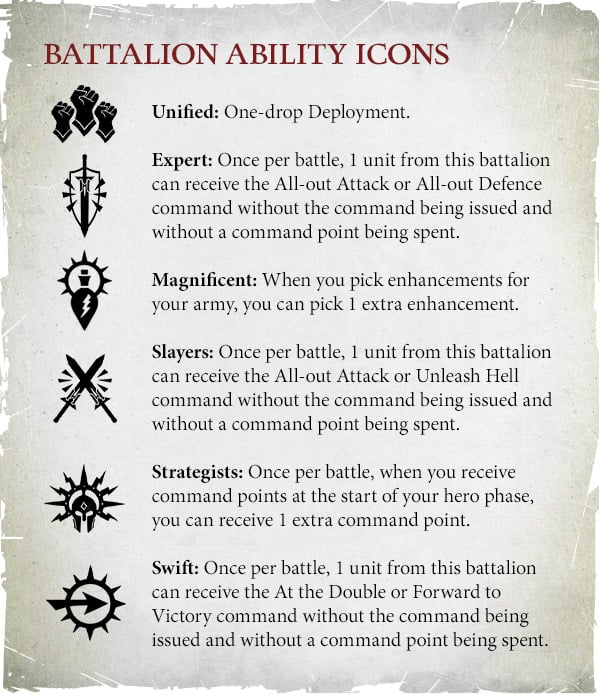 You have a limit (see table) on the number of time you can increase the base size of an unit : 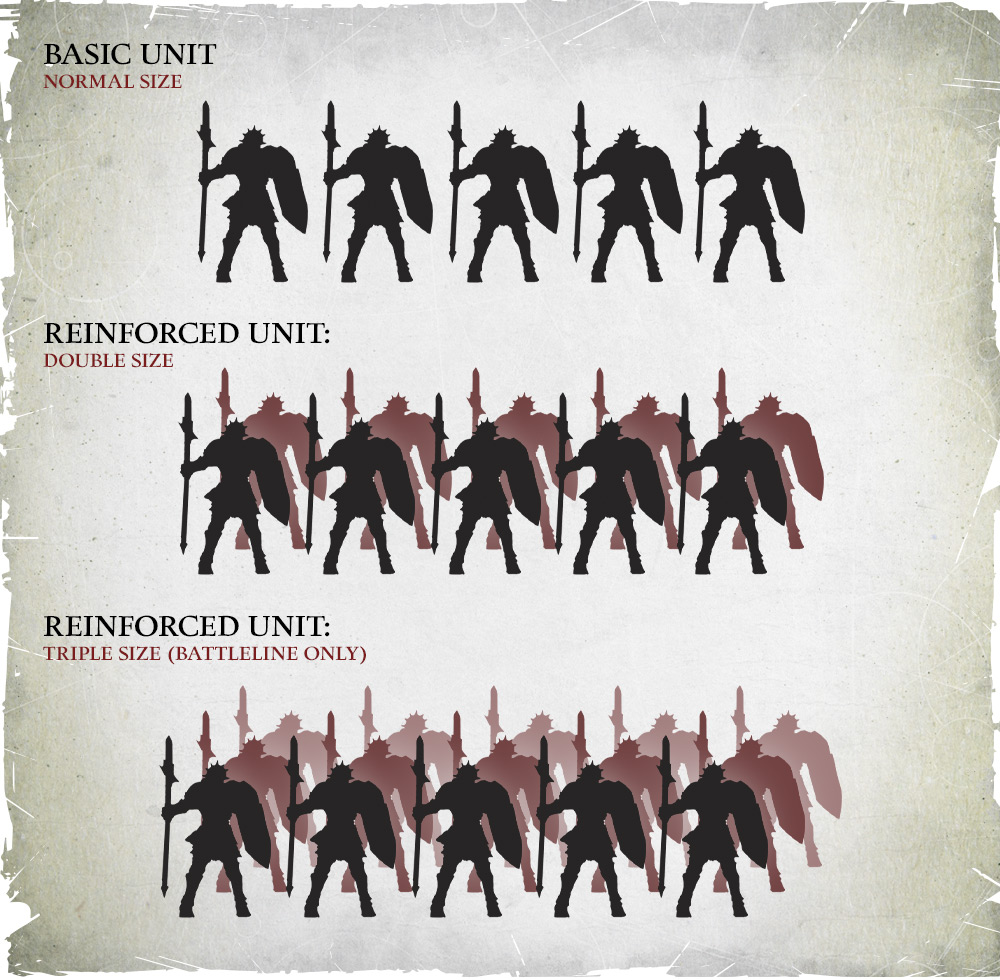 Going to Change the whole game ! 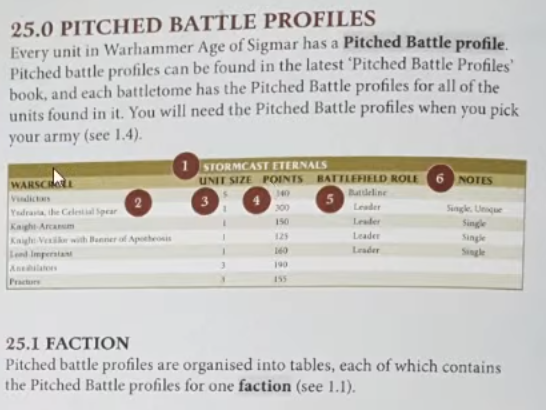 One faction is contained in one table. So unless GHB has an order/Chaos/des... table grand alliance army are removed from the game.

Core term for traits Artefacts and Lores. So if you want to can pick these instead of the one in the Battletome !
Some Battalion grant you extra choice.

When you create your army you gain one of each (trait, relics, spells, prayers, triumph)

Skilled Leader: extra command point in your hero phase on a 5+ (each turn)

Master of Magic: reroll 1 cast, dispel or unbind roll once per phase

Amulet of Destiny: 5+ Ward save on the bearer (AUTO PICK !)

Manticore Venom: +1 to wounds with one weapon

Arcane Tome: becomes a Wizard, if they are a wizard they can cast an extra spell

pick an extra spell for each wizard in your army (instead of picking one from battletome, i guess vampire are happy)

Flaming Weapon: Casts on a 4+ and improves the damage of one of the casters weapons by 1 – really good on a combat character with magic!

Levitate: Casts on an 8+ gives a target unit within 18″ Fly

Ghost Mist: Casts on a 5+ and causes a terrain feature to block line of sight.

Ghost mist is AUTO INCLUDE if you want a way to protect heroes from ranged meta ^^. It's awesome to have these spells as an option for everyone !

Guidance: 5+ to gain a command point

Curse: 4+ an enemy unit suffers a mortal wound in addition to any other damage for each hit of 6 against them. Curse is STRONK !

-Use Battlepack now like 40k
-If you finish deploying first you MUST start now.

Sever the Head : complete this if you kill all enemy heroes

Vendetta : complete this if you slay the opposing general but yours stay alive.

Hold the Line :complete this if you have any battleline units on the battlefield at the end of the game

Pick one each turn, if you complete it you gain 2 vp. Only one of each per battle.
Should force better rounded army !

reak their Spirit – Destroy a unit in enemy territory

Broken Ranks – Destroy one unit from the enemy’s starting army

Repel – Destroy one unit in your territory

Pick one at army creation, you can use it if you are lower in points.

Bloodthirsty: Once per battle reroll charges on a friendly unit

Inspired: Once per battle +1 to wound on a friendly unit

Indomitable: Once per battle do not take battleshock on a friendly unit